When people say the word ‘gingerbread’ it tends to conjure up the image of two options: either crispy gingerbread men biscuits or soft, sticky gingerbread cake. I’ve already featured gingerbread biscuits before on the website in the form of Gingerbread People, but I thought it’d be nice to post a recipe for a delicious and warming gingerbread cake too.

I adore gingerbread in all of its forms because I’m a big fan of ginger at the best of times. It’s a wonderful spice which has the ability to alter the background flavour of any dish you create with it, be it a hearty, spicy curry, a sweet, crunchy biscuit or a soft and tender sponge cake. With that sort of versatility it has to be one of the best spices on this planet, don’t you think?

For me, gingerbread goes hand in hand with winter and the approach of Christmastime. I’ve a vague memory of munching a slab of sticky spicy gingerbread loaf with frost-bitten hands as a kid in front of a bonfire on Bonfire Night, so it seems natural for me to think of fending off the encroaching cold with a cake that’s filled with the background heat of ginger.

I made this gingerbread vegan because my vegan stepson was coming to visit and I thought it’d be nice for him to be able to grab a slice of something tasty from the cake tin while he was visiting without having to worry about whether or not it was suitable for him. As it is, I don’t think the cake suffers in any capacity as a result of it being made vegan-friendly because the chia seeds work brilliantly as an egg substitute and the vegetable oil which is used instead of butter ensures that the cake remains moist even a couple of days after it’s been baked. (It kinda makes me wonder about going vegan, to be honest, but that’s another story.)

This low FODMAP gingerbread is a hearty, but not heavy, sticky cake that is light in texture, but sweetly spiced with ground ginger and cinnamon. It’s a gorgeous cake on its own, but I like to drizzle my gingerbread with a thin layer of icing. Also, between you and I, it’s divine when it’s spread with a generous layer of real salted butter, but that would be excessive, right? (It’s okay, I won’t tell anyone if you don’t.)

2 tbsps chia seeds plumped up in 5 tbsps of water

Put your 2 tbsps of chia seeds into the 5 tbsps of water and leave them to plump up for half an hour.

Preheat your oven to 200C/180C Fan/400F/Gas mark 6 and line a cake tin or a baking tin with greaseproof paper.

With the exception of the self-raising flour and baking powder, measure all of your ingredients into a large mixing bowl and mix well.

Add the flour and baking powder and mix well before pouring the cake mix into the cake tin.

Bake for 25-30 mins or until a skewer pushed into the middle of the gingerbread comes out clean.

Leave it to cool and then serve it with or without a drizzle of icing sugar on top. 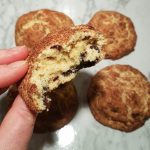 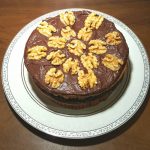 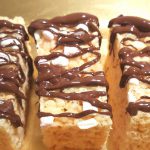 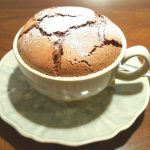