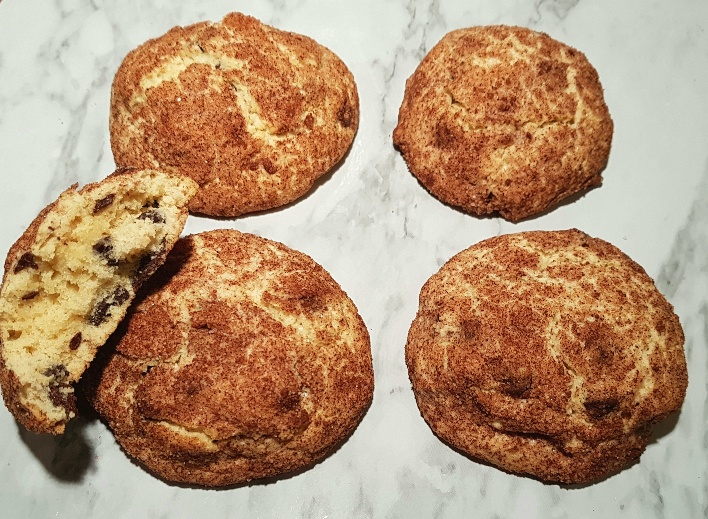 Snickerdoodles by The Fat Foodie

I’ve heard of snickerdoodles in the past, in an abstract ‘smores’ kind of way, but I’ve never actually went out of my way to find out what exactly they are. However, I saw someone mention how delicious they are on Facebook the other day and after Googling them I realised that as a lover of all things cinnamon I needed these snickerdoodle biscuits in my life, STAT!

For those who don’t know, snickerdoodles are little sugar cookies which are rolled in cinnamon sugar before being baked. This sugary coating ensures that the interior of the biscuit stays soft while their exterior crisps up nicely. There are loads of flavour variations of snickerdoodles available. The traditional flavour is simply vanilla and cinnamon, but they can also be made with chocolate chips or nuts. Just to be clear, I’d say a low FODMAP portion would be up to 3 cookies at a time, but one might suffice!

I made my snickerdoodles with gluten-free flour, but you could just use normal flour if wheat or gluten isn’t an issue for you. Also, traditionally snickerdoodles are made with cream of tartar as their raising agent, but I’ve tried making them both ways and I, personally, prefer using baking powder instead. Feel free to go your own way though. I made half of my snickerdoodle batch plain and I added dark chocolate chips into the remaining half, but honestly, both versions were lovely.

This recipe for snickerdoodles has to be one of the easiest biscuit bakes I’ve ever come across, requiring little more than mixing up the dough, coating it in cinnamon sugar and placing the balls of dough on a baking sheet. They’re soft and moreish on the inside, crisped with sugary cinnamon on the outside and as a whole they’re incredible!

200g sugar (plus 3 tbsps to roll the snickerdoodles in)

Put the 3 tbsps of sugar and 3 tsps of ground cinnamon on a small plate and mix together.

Cream all of the wet ingredients together in a mixing bowl and then mix in the dry ingredients. (If you’re using the chocolate chips, you can either add them now and make the whole batch choc chip or you can wait and add them to half of the mixture later on.)

, making sure there is a decent gap between each snickerdoodle because they will spread a bit.

Bake the snickerdoodles in the oven for 8-12 mins until they are puffy and golden brown.

Leave to cool and then munch! 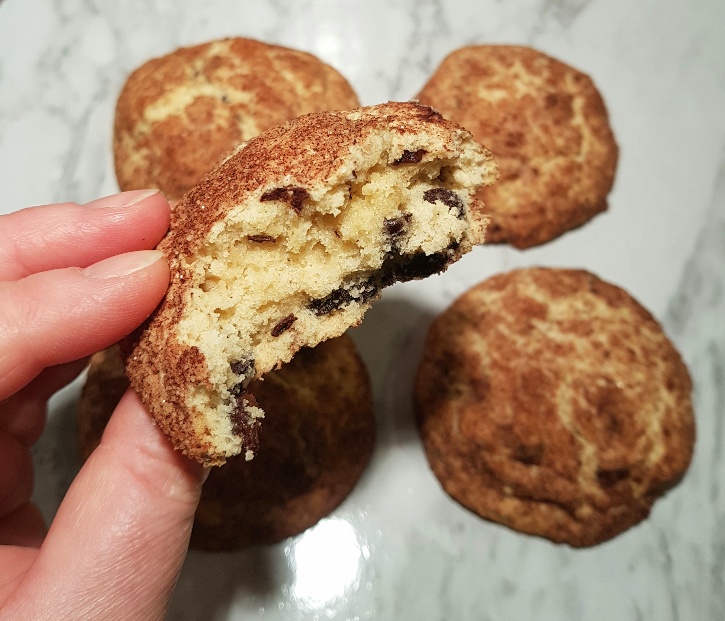 Snickerdoodles by The Fat Foodie

One thought on “Snickerdoodles (makes 30)”