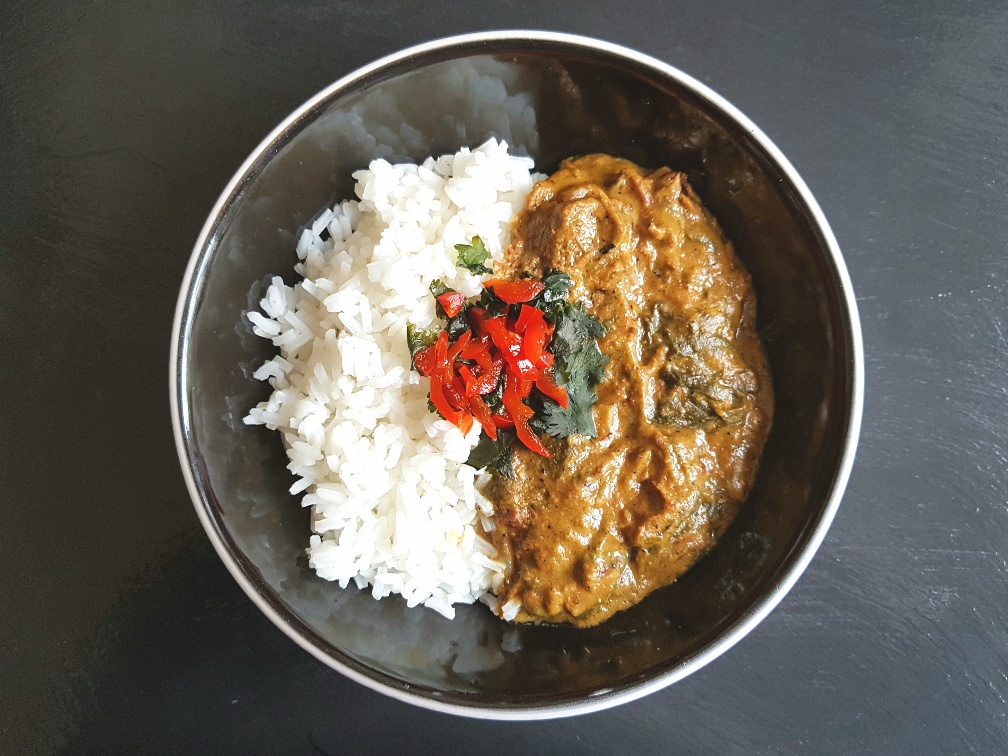 Lamb Rendang by The Fat Foodie

I developed this Lamb Rendang recipe because, in the spirit of spring, I treated the family to a Sunday dinner which consisted of a leg of lamb with the usual roasted vegetables etc, but I didn’t realise just how much meat was actually on it! There was loads of tender meat left over so I thought it’d be nice to use it in a slow cooked curry. One of my favourite ways to cook lamb is in a Lamb Dansac, but I wanted to make something new for a change so I went for a lamb rendang instead.

Although the ingredients list is long, I’m so pleased I went ahead and made this rendang curry because it was absolutely delicious! Rendang is an Indonesian dish which is generally a much drier curry than Indian or Chinese curries tend to be and is usually slow cooked throughout the day. In fact, the word ‘rendang’ actually means to slow cook, so it’s perfect for making in a modern slow cooker.

You’re meant to flavour a traditional rendang with lemongrass, but because it was a spur of the moment decision to make it I didn’t have any, so I just used the zest of a lemon which I had in the fridge. Thankfully it worked really well and the lemon zest managed to impart the fresh zestiness which a rendang requires.

I used my Nutribullet

to blend my spices into a sauce, but you can just chuck everything into the slow cooker if you like instead. After an unfortunate incident in which I forgot to remove the star anise from a curry I’d made before I served it, I’ve started to put my star anise in a little tea ball

, so that it infuses the meal with its flavours, but is easy to remove when it comes to serving it. You don’t need to do this if you don’t have a tea ball

, but please remember to remove the star anise before you serve it!

If you fancy a really rich and flavoursome curry I’d highly recommend this lamb rendang. I’d never made a rendang before, but it was so tasty that I wouldn’t hesitate to make one again in future. In fact, I’ve already got plans for making a beef rendang and a vegetable based one soon too! Give it a go and let me know what you think.

The zest of 1 lemon (or 1 bruised lemongrass stalk)

6 cardamon pods (crush them and use the seeds only)

If you have a Nutribullet

then put the coconut milk, ginger and all of the spices in it (apart from the star anise and the lemongrass stalk, if you’re using it) and blitz it until it forms a smooth sauce.

If you don’t have a Nutribullet

then simply put all of your lamb rendang ingredients into your slow cooker and let it cook on low throughout the day.

Serve with rice and fresh coriander.

Lamb Rendang by The Fat Foodie 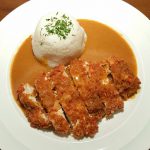 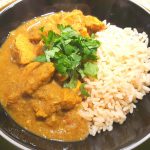 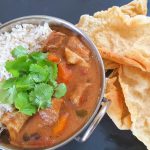 One thought on “Lamb Rendang (serves 6)”