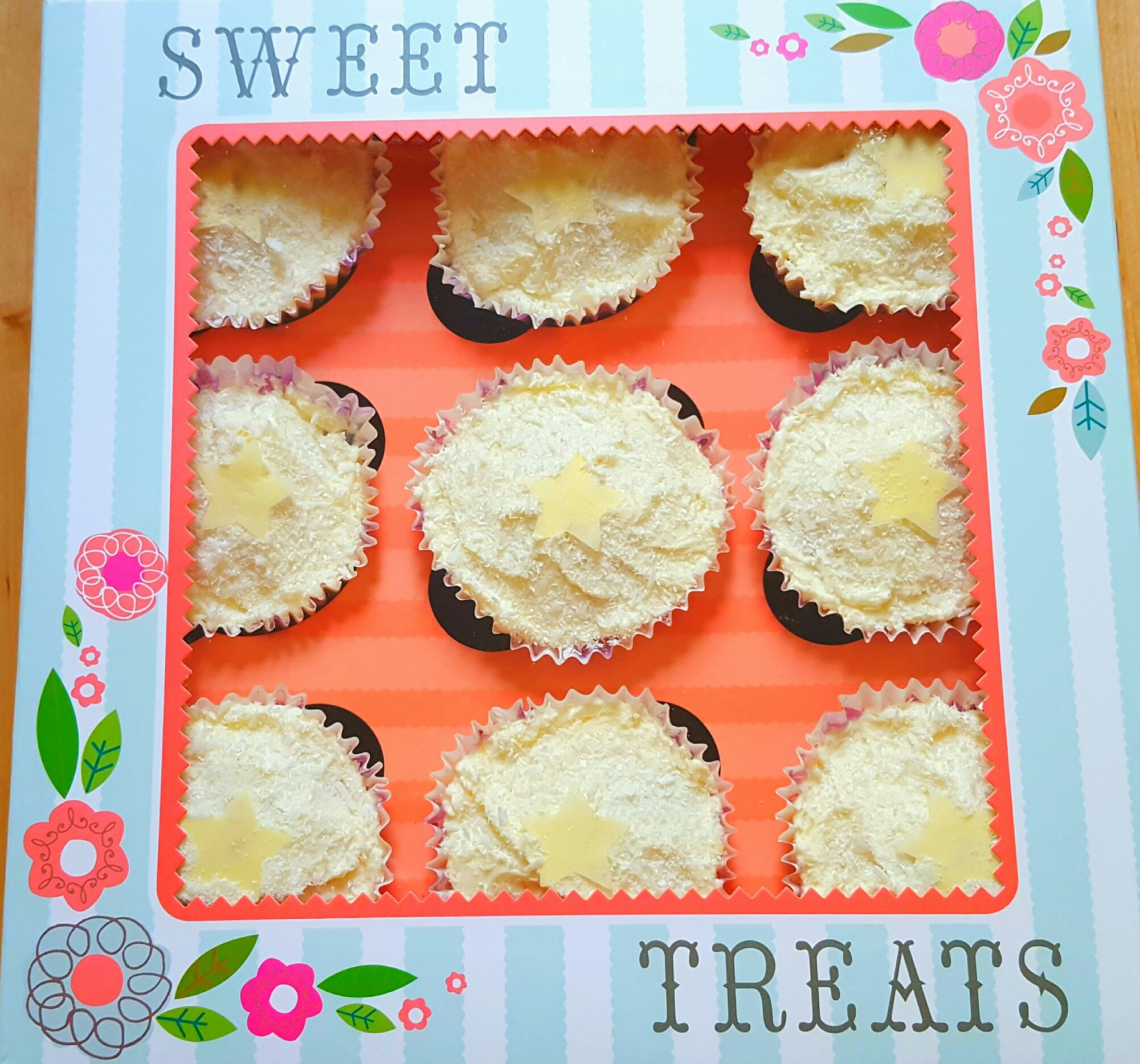 Ever since I’ve been cooking with coconut oil I’ve wondered what it would be like used in a cake instead of butter. I feared that it would make the sponge heavy, but it actually works really well and gives the cake a light texture while retaining its moisture. Coconut oil tastes quite strongly of coconut though, so I knew it’d have to be a cake which used coconut as one of its main flavour profiles. I figured incorporating lemon zest would work well with it and it does, creating feather-light, fruity, fluffy coconut and lemon cupcakes. (And if you’re feeling particularly self-indulgent, two cupcakes is a low FODMAP portion.)

This coconut and lemon cupcake cake mix is one of those brilliant ‘chuck all of the ingredients into a big bowl and whisk’ mixes, taking next to no time at all to prepare and with the aid of an electric whisk

it’s easy to whip up a light and tasty buttercream with which to top the cakes. The real difficulty lies in stopping yourself from eating more than one at a time. Well, maybe two…

a pinch of salt

The grated zest of 1 lemon

For the buttercream icing:

3 tbsps of desiccated coconut (for decoration)

Place your empty cupcake cases in a cupcake tray

or, if you don’t have one, just on a flat tray.

With the exception of the flour and baking powder, put all of your ingredients into a large mixing bowl and whisk together.

Add the flour and baking powder and whisk. (Gluten-free flour can be really absorbent, so add a couple of tbsps more rice milk, if necessary.)

Spoon the cake mix into the cupcake cases, but don’t overfill them. (I normally fill them to roughly halfway.)

Bake them in the oven for 12-15 mins until they’re golden brown. You can tell they’re cooked when a skewer pushed into the centre comes out completely clean. Leave to cool on a cooling rack.

Put all of the buttercream icing ingredients in a bowl and whisk together until the icing is pale and fluffy.

When the cakes are cool top each one with a dollop of the buttercream icing and sprinkle with desiccated coconut. 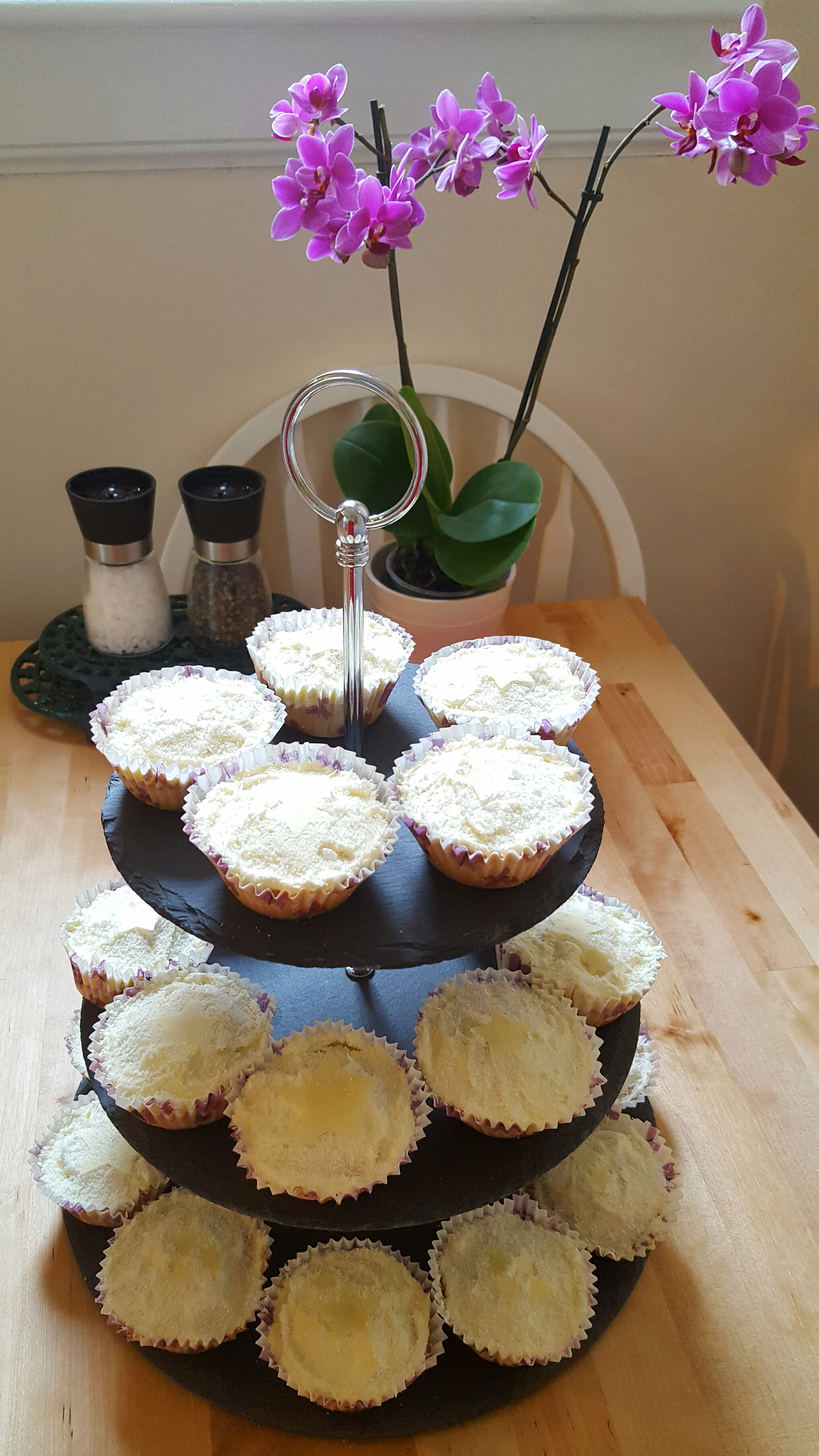 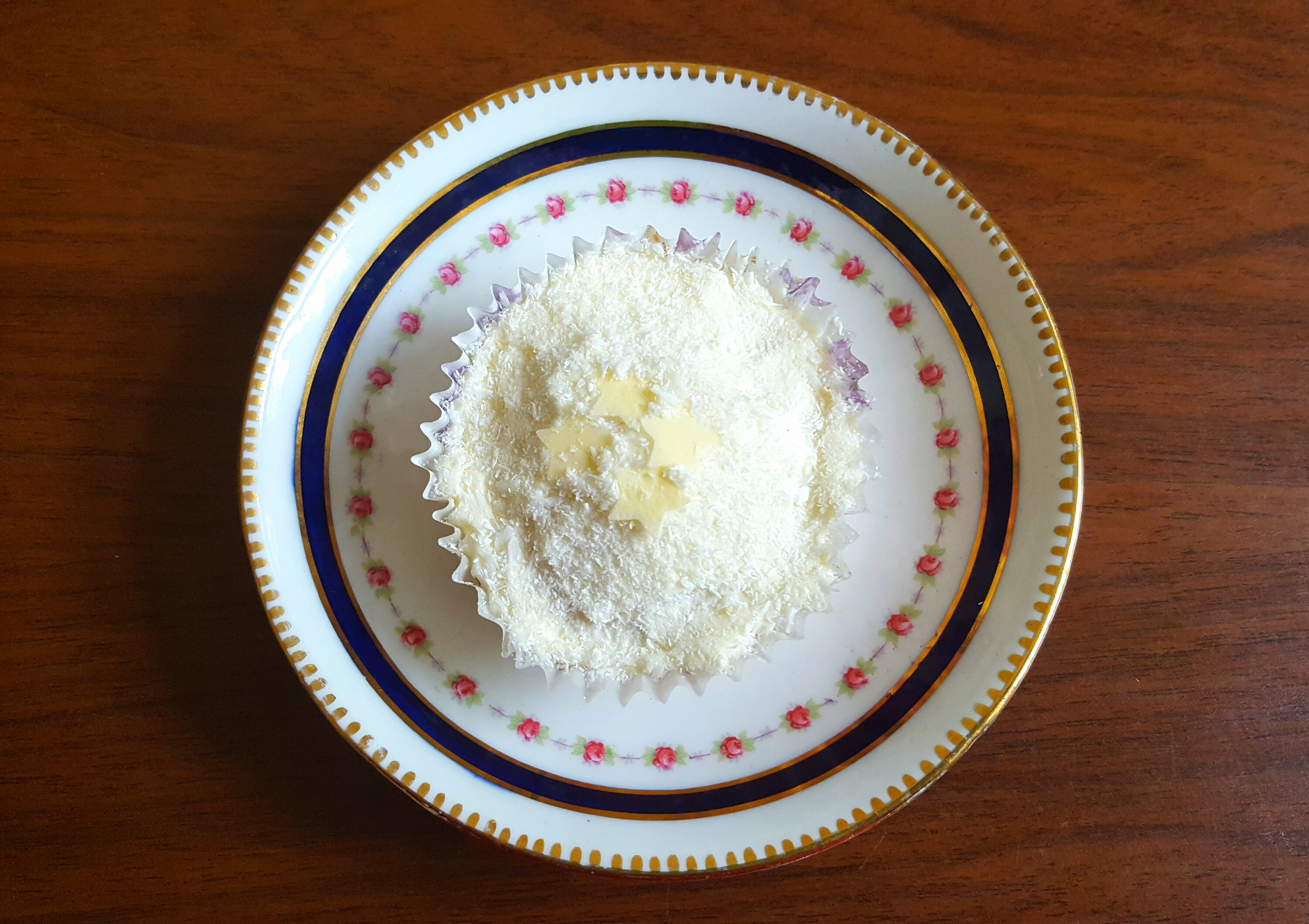