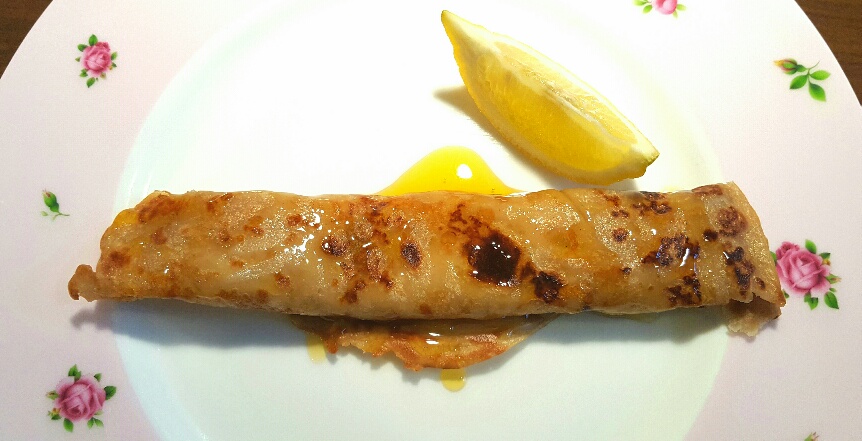 Vegan Pancakes by The Fat Foodie with Lemon and Golden Syrup

When I was a kid I loved pancake day because it was a day in which you were legitimately allowed to eat dessert for dinner. Dad was always the designated pancake maker and, apart from the first one which is always a dud anyway, they were consistently outstanding. We’d wait patiently (or impatiently) to receive each individually made pancake from the frying pan and eat them piping hot, sprinkled with Jif lemon juice and drizzled with a generous coating of Tate and Lyle’s golden syrup. Delicious!

Although nowadays my adult palate baulks at the idea of solely eating sweet pancakes for dinner on Shrove Tuesday, I do insist on following tradition and I tend to make them after a small sensible dinner as a tasty dessert. The topping choices seem endless in today’s day and age, but the first pancake on my plate is always decorated with lemon juice and golden syrup. Any other topping just seems out of place until I’ve had my citrus-laden, tart, but sweet one.

I was a bit apprehensive about trying to create a recipe for vegan pancakes because I was unsure whether an eggless, milk-free pancake mix would yield the same results as a standard pancake mix would, but I have to say, vegan pancakes taste exactly the same as ‘normal’ pancakes. I’ve never liked really thick, dense pancakes (unless they’re fluffy little Scotch pancakes) and have always preferred a thin, crispy crêpe. Thankfully, this vegan pancake recipe makes lovely light crêpes that have just the right tasty crispiness to fold around your chosen fillings.

On the subject of pancake fillings, the list of possibilities is endless: lemon juice; golden syrup; maple syrup; honey; nuts; whipped cream or coconut cream; melted chocolate; or fresh fruit. Another option is to leave the sugar out of the mix which would allow you to use the crêpes with savoury fillings, such as cream cheese (or vegan alternatives), cooked meats, grated cheddar, crispy bacon, roasted vegetables, or sundried tomatoes and pesto.

Whether you want to make pancakes to celebrate Shrove Tuesday or simply to worship the joy that is the humble pancake, give these a go. You won’t be disappointed.

Ingredients for the vegan pancakes:

2 tbsps of sunflower oil (or 1 egg, if non-vegan) (plus more oil for frying)

Put all of your pancake ingredients (without the toppings, obviously!) in a jug and whisk together until it is smooth.

or frying pan on a medium heat with a little sunflower oil (around 1 tsp).

, tilting the pan as you pour so the mixture spreads into a thin disc. (They don’t have to be perfect, so don’t stress if they’re weird shapes. Trust me, they’ll still taste amazing.)

Let the pancake cook on one side until it’s crispy and golden brown when you lift the edge up with a fish slice.

Flip the pancake over and cook the other side until it’s also crisp and brown.

Remove from the pancake pan

and place on a baking tray. Keep the pancakes warm in the oven until you’re ready to serve them and carry on making more until all of the mix is used up.

Adorn your pancakes with your chosen toppings and serve. 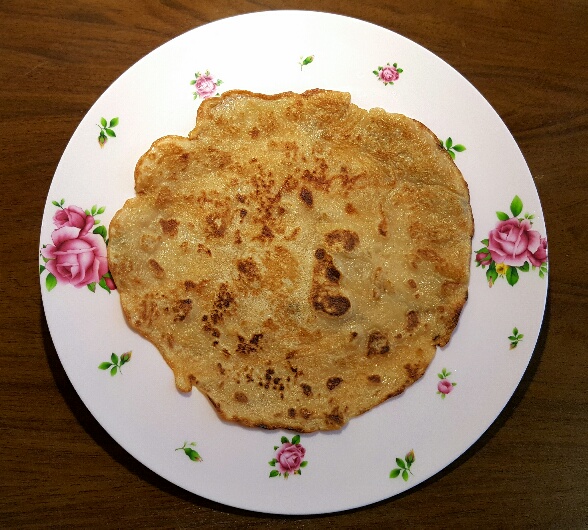 Freshly Made Vegan Pancakes by The Fat Foodie 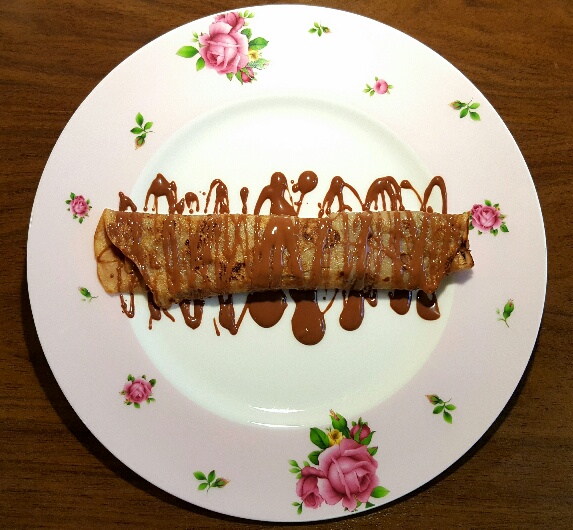 Vegan Pancakes by The Fat Foodie Drizzled with Melted Chocolate 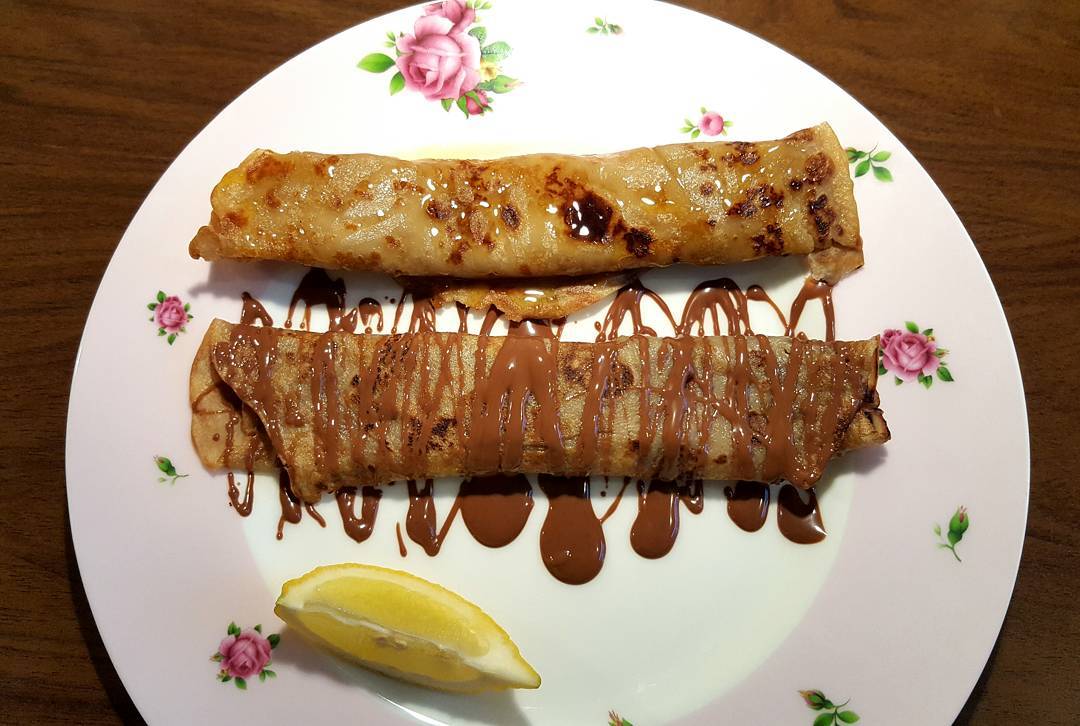 Vegan Pancakes by The Fat Foodie

Vegan Pancakes by The Fat Foodie with Lemon and Golden Syrup