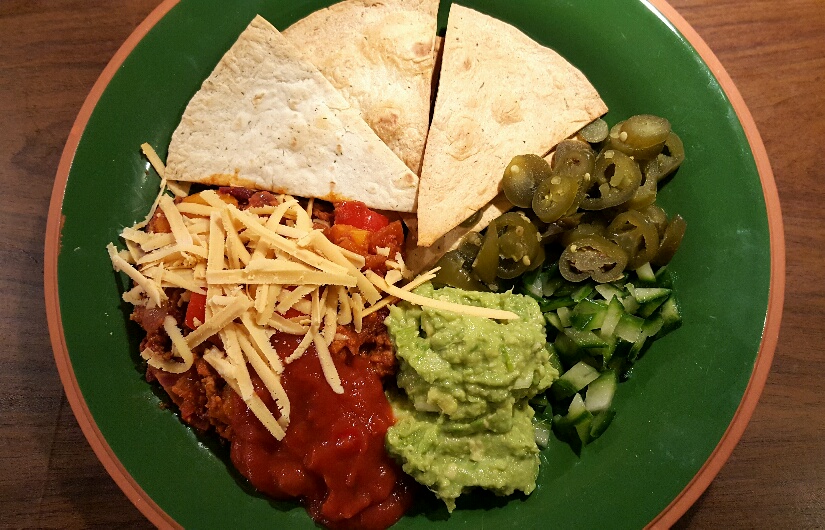 For a while now I’ve been hearing about people making their own low-fat and low-salt versions of tortilla chips by cutting tortillas into little triangles and baking them in the oven until they’re crisp and golden. I was making a vegan chilli con carne the other night and because I wasn’t in the mood to serve it with boring old white rice, I decided to make the baked tortilla chips to go with it.

I don’t like to keep bags of tortilla chips in the house because they’re not the healthiest of snack and let’s be honest, sometimes once you start munching them it’s hard to stop, so it’s great knowing that should the need arise and I fancy making something that would go well with some tortilla chips I can bake some within 15 mins.

This vegan chilli con carne with baked tortilla chips takes hardly any effort to make, but is very rewarding in the taste department and is fantastic as leftovers the next day because the flavours of the spices have a chance to marry overnight in the fridge. Although you’d normally use kidney beans in a chilli con carne, they’re a high FODMAP food, so I’ve used the much lower FODMAP option of butter beans instead and they’re just as lovely. As you can see in the photo below, I served the chilli con carne and baked tortilla chips with ‘the works’ (hot salsa, jalapeños, guacamole, cucumber and grated dairy-free cheese). I’ll definitely make this again sometime because it’s a great recipe to have on standby for a quick dinner.

Place a large saucepan over a medium heat and put the tbsp of coconut oil in it. Once it’s hot add the spices and chopped peppers and cook for 5 mins.

Add the vegan mince, butter beans and chopped tomatoes and cook for 10 mins.

Taste the chilli con carne and add salt if required.

Using a pizza cutter, cut your tortillas into little tortilla-sized triangles, place on a baking tray and bake them in the oven until they’re golden brown and crisp. (I turned my baked tortillas over halfway through so that I could make sure they were really crisp.) 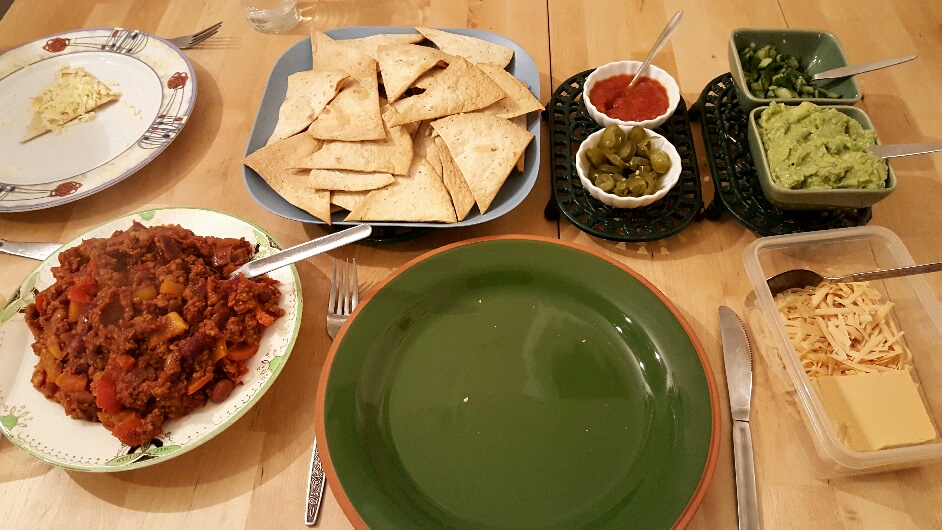