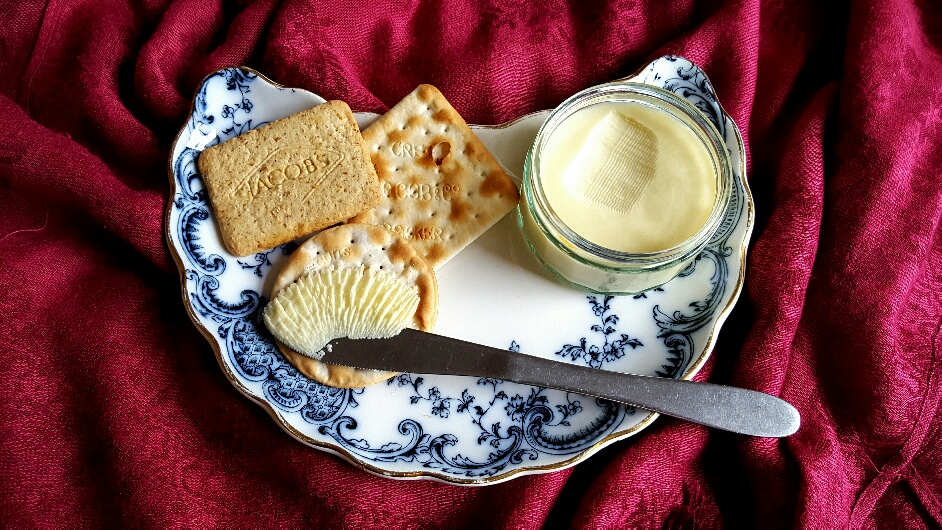 Vegan Butter Made by The Fat Foodie

One of the things I miss most about going dairy-free is butter. I love butter. I love it spread generously over hot toast, the melted butter dripping through the cracks of the bread to pool on the plate below. I love good salted butter on scones, with the cold, creamy saltiness of the butter providing a wonderful contrast with the sweet, fruit-laden jam draped across the scone. I love butter melted down and used to fry each tiny individual grain of arborio rice that forms the platform of a great risotto.

Yep, butter’s a damn fine ingredient all round, in my book. So you can see why I’d have a go at trying to make a decent dairy-free, vegan version of butter, right?

Since going dairy-free I’ve been using a Marks and Spencer’s sunflower spread which is really cheap at only £1 a tub, but it’s not particularly tasty. Nor is it particularly healthy for that matter, considering it’s largely composed of palm oil and contains such delights as E-number ’emulsifiers’ and ‘acidity regulators’. All in all, I’m sure you can understand why I’d prefer to try something a little more natural.

I came across this recipe for vegan butter on a blog called A Virtual Vegan and thought the recipe sounded quite good. It uses ground almonds as its base ingredient, with coconut oil and olive oil providing the essential fat content for the proper ‘butter effect’, and nutritional yeast and apple cider vinegar to provide the slight ‘dairy’ tang that is found in real dairy butter. It helped that I was able to use my Nutribullet

high speed blender to mix all of the ingredients together because it resulted in a very smooth finished product. I suspect it would spoil the ‘fake butter’ effect if I came across little chunks of almond while eating my vegan butter.

I had planned on solidifying my vegan butter in a lovely little stoneware pot that I had left over from a pot of Stilton cheese from Christmas, but thankfully I gave it a sniff beforehand and discovered that the pungent smell of the Stilton had become impregnated into the pot even though I’d washed it thoroughly. Thank God I checked it before using it for my vegan butter!

I’m incredibly pleased with how this vegan butter turned out. Quite frankly I would describe it’s creator, Melanie McDonald (the Virtual Vegan) as nothing short of a culinary genius! This vegan butter has the soft, silky texture that you ordinarily expect of butter and it melts beautifully on toast and crumpets. I’m not going to lie, you can taste the coconut oil in it, so whatever you spread the butter on will have a slightly tropical-flavoured hint of coconut, but overall I think it’s worth it. I definitely think this vegan butter will be a new standby ingredient in my dairy-free life.

Get the ingredients list and method to make this vegan butter here at A Virtual Vegan’s website. 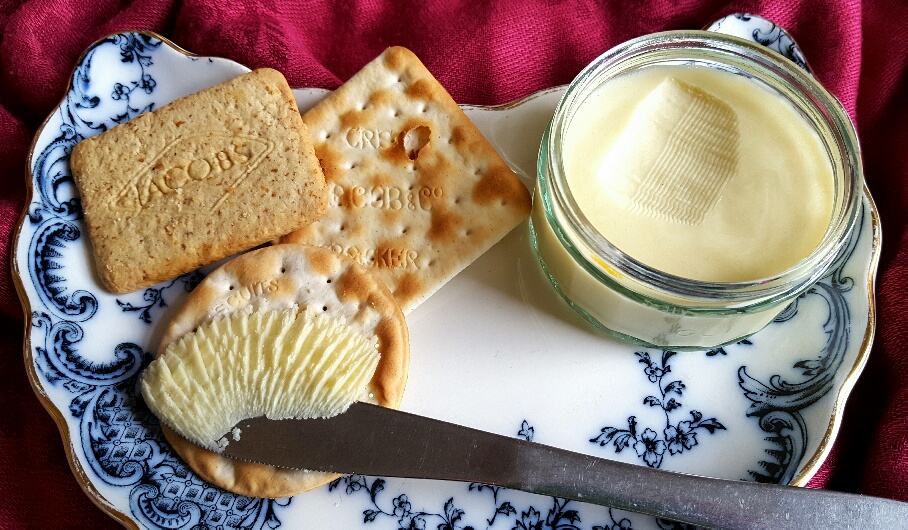 Vegan Butter Made by The Fat Foodie