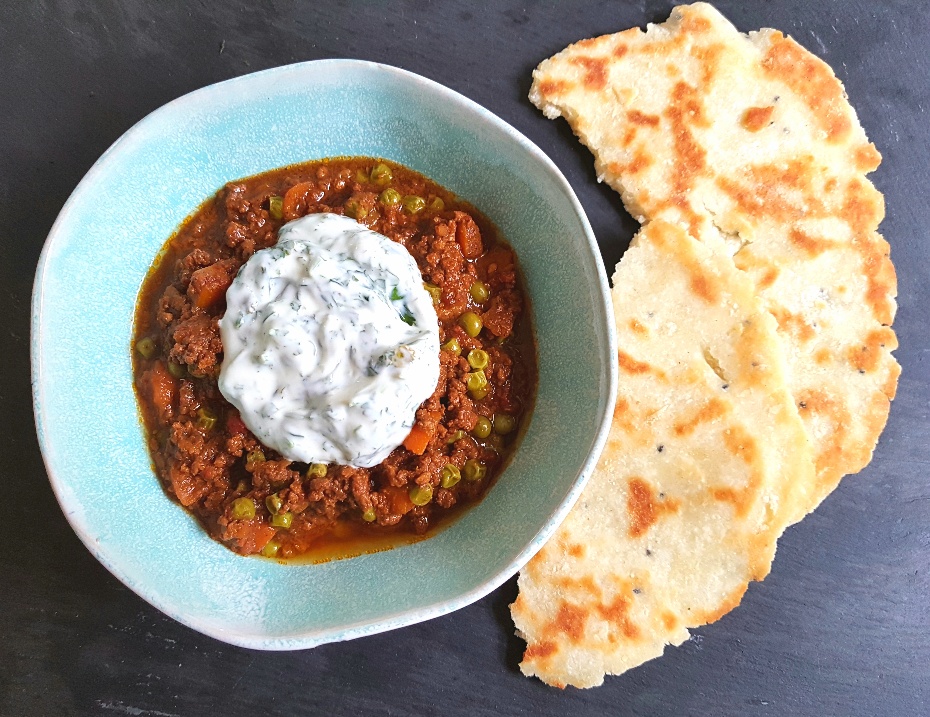 Beef Keema by The Fat Foodie

Beef keema is an Indian curry which is based on slow cooked beef mince and peas in a rich tomato sauce. Although I make mine with beef mince you can also make it with lamb mince if you prefer. As with many curries, such as my Lamb Dansac, this beef keema is absolutely fantastic when cooked throughout the day in the slow cooker, particularly when the weather’s definitely on the turn towards winter and you look forward to coming home to a warming meal after work. END_OF_DOCUMENT_TOKEN_TO_BE_REPLACED 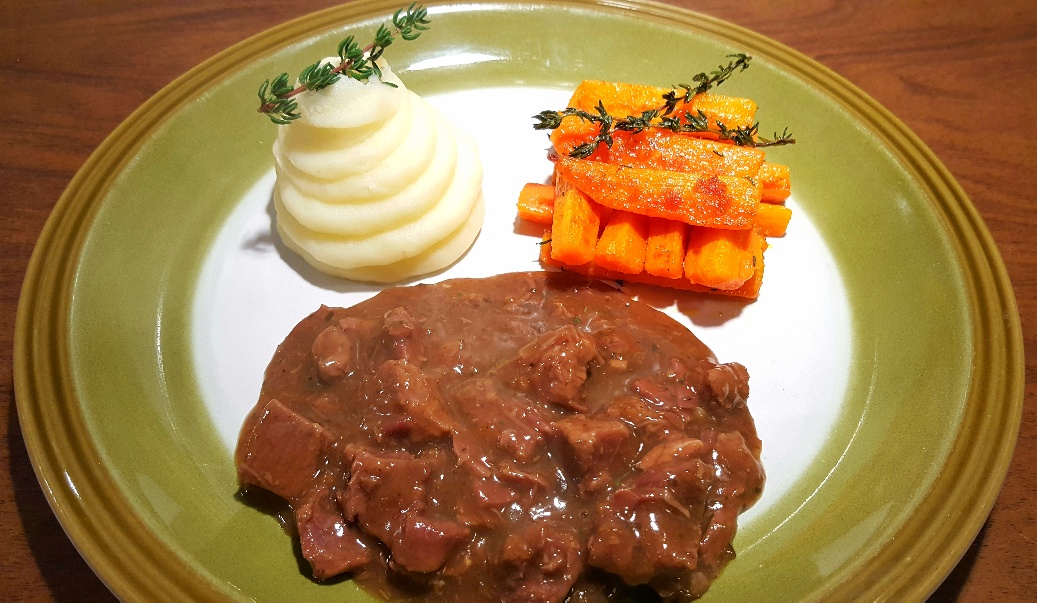 Beef and Guinness Casserole by The Fat Foodie

It’s really getting cold now, with thick layers of ice on everything seeming commonplace, and it seems like my slow cooker

is going on very frequently in an attempt to combat the incessantly encroaching cold. Before I left to go to work the other day I put a beef and Guinness casserole in the slow cooker

and it was an absolute delight to come home to. The minute I walked in the front door I was hit by the rich, rib-sticking aroma of beef that had been slow-cooked in deep, yeasty beer. Heaven indeed.

END_OF_DOCUMENT_TOKEN_TO_BE_REPLACED 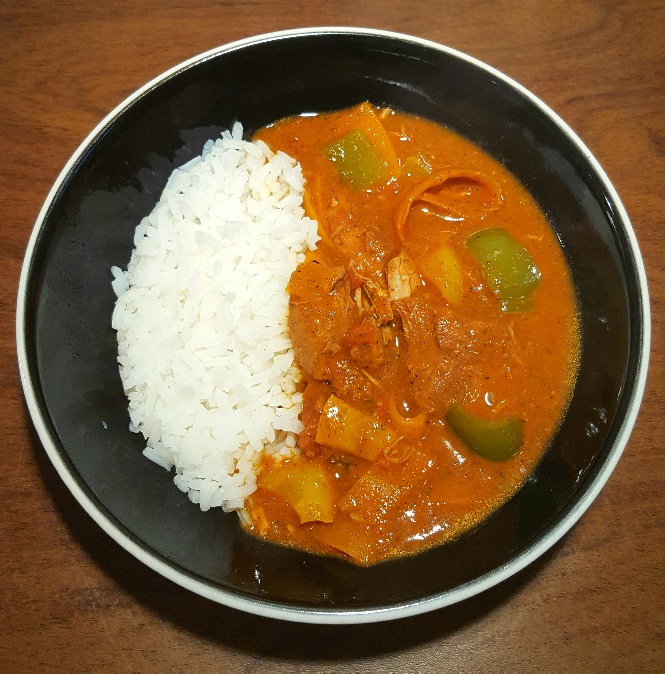 One of the perks of working in a bookshop is that we often get proof copies of books from publishers long before they’re released to the general public. This is particularly delightful when there’s a cookbook that I fancy. The only problem that I’ve noticed more and more since being on the low FODMAP diet however, is that a huge number of cookbooks use onion and garlic as the base of their recipes. I like to view this as a challenge though and I try to adapt the ingredients so that I end up making a version that’s low FODMAP and won’t cause me any digestive discomfort.

END_OF_DOCUMENT_TOKEN_TO_BE_REPLACED 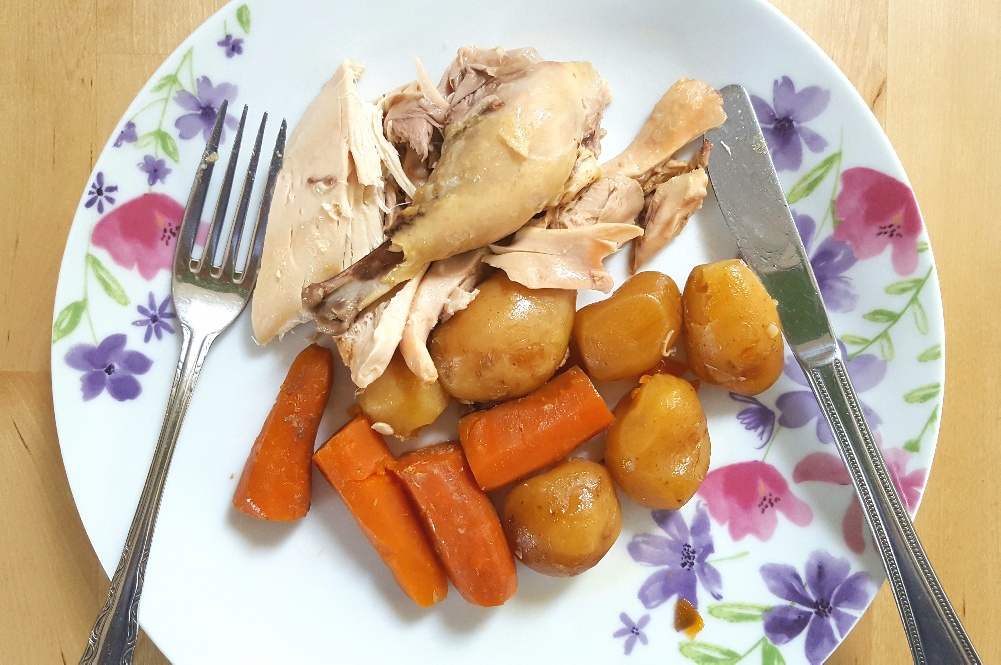 The last time I went shopping I bought a reduced whole chicken, but when I got home I realised that I’d forgotten that I was working the following day and wouldn’t have time to cook it. Now, I’ve read before that you can cook a whole chicken in a slow cooker

, but I’ve never tried it because I wasn’t sure what the results would be like. So, I figured it’d be as good a time as any to try it!

is a 3.5 litre one and it fitted the chicken perfectly, but it wouldn’t be a problem if you had a larger slow cooker

. I was a bit of a scaredy cat and added a bit of hot water into the slow cooker in case it ran dry, but to be honest I don’t think it was necessary because the chicken naturally released enough liquid and oil throughout the cooking process that it would not have been in danger of drying out at all.

The slow cooker whole chicken was a triumph and is an experiment that I’ll happily remake soon in the future. Although it didn’t have that flavour that is unique to a roast chicken, when I went to take the chicken out of the slow cooker

the meat was so tender that it simply fell off the bone and it was complemented by the lovely soft new potatoes and sweet carrots. I had intended on serving it with gravy, but we ended up just having it with sharp, vinegary pickles, salty capers and sinus-burningly hot creamed horseradish. All in all, it was a delicious dinner to greet me after a long day at work and I’ll definitely be making this slow cooker

New potatoes (enough for however many people you’re feeding)

on low and put your carrots and potatoes in the bottom. 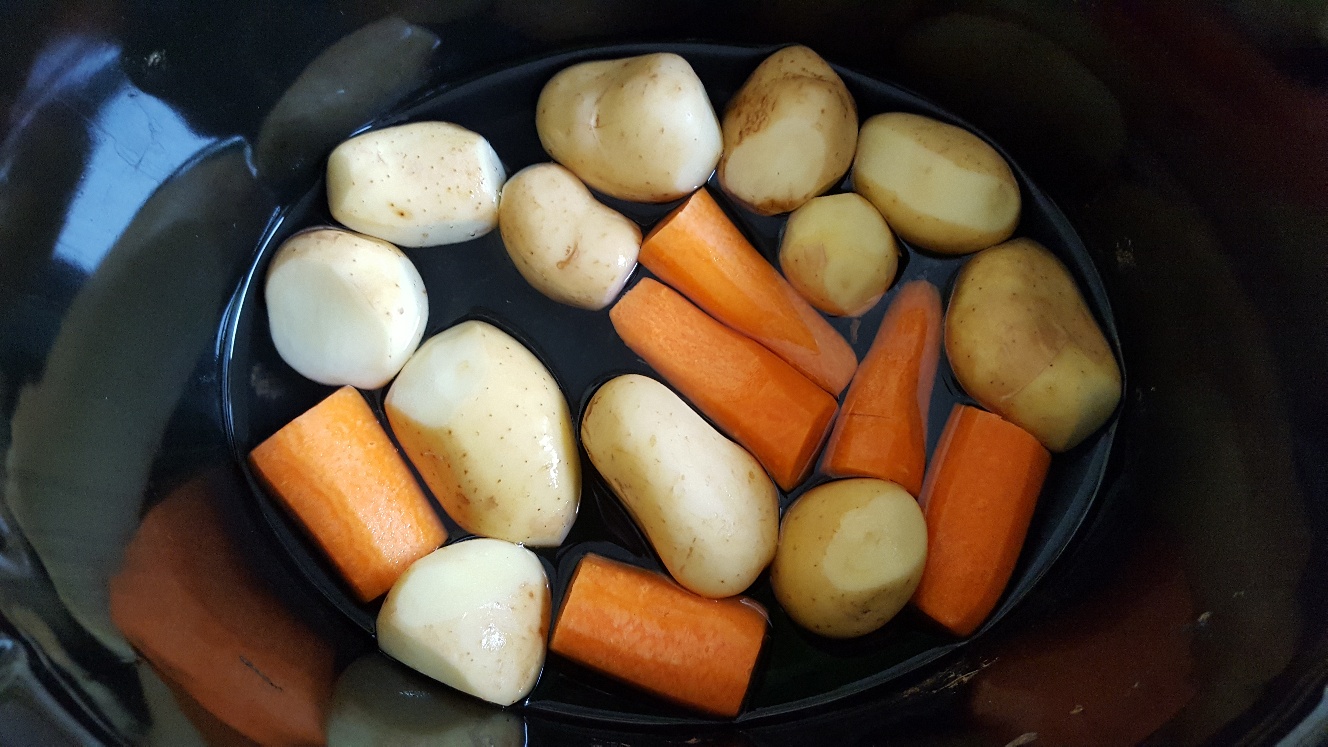 Place the whole chicken on top and let the slow cooker

cook throughout the day. 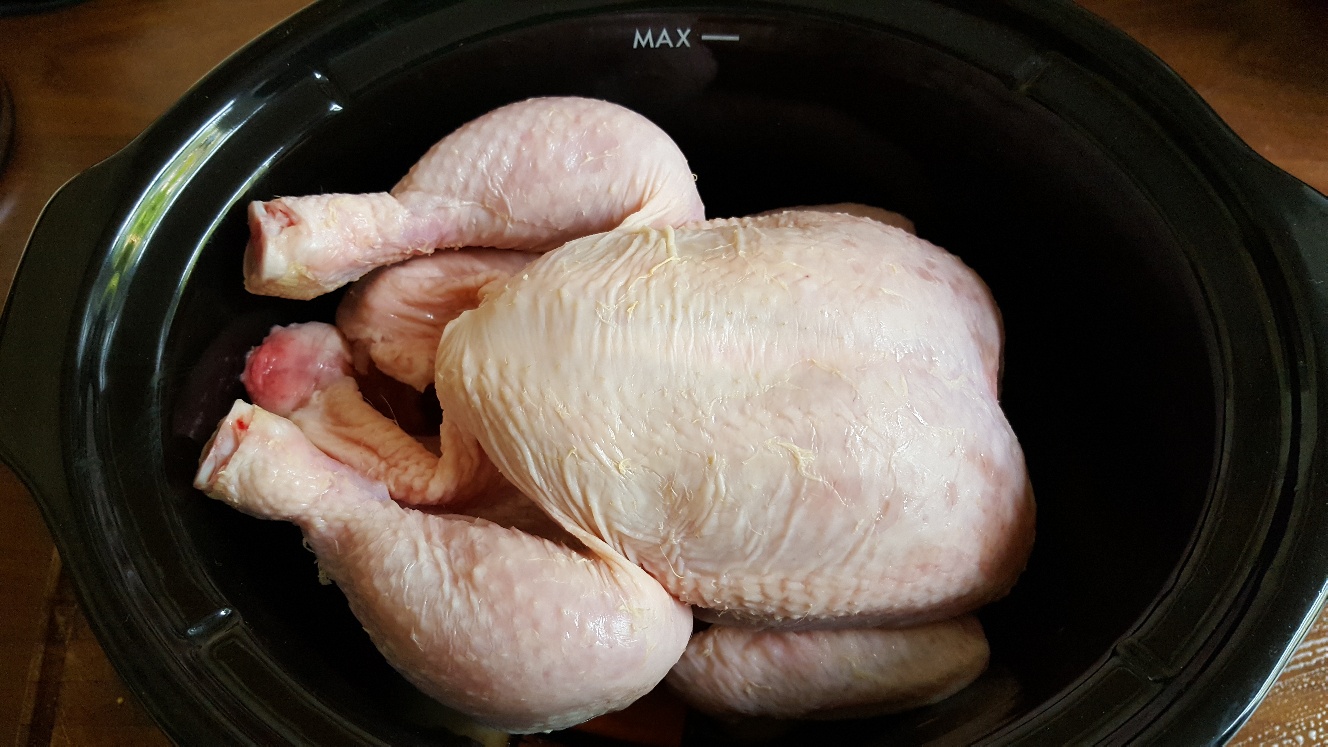 Remove from the slow cooker