One of the meals that seems to be very popular within the FODMAP community is moussaka. I must admit, I love when Marks and Spencer includes their moussaka as a main meal option when they have their Dine In For £10 deal on, but sadly it’s unsuitable for me now because it contains loads of dairy in the form of its generous topping made of rich, butter and cream-filled béchamel sauce. Oh, and I think it’s got gluten in it too. Sigh.

However, I’m not one to shirk at a challenge so I decided that I would try to create a dairy-free and gluten-free moussaka that would rival the decadent M&S one. I headed off to my lab (aka the kitchen) and started tinkering with a recipe which resulted in a very tasty moussaka that had layers of soft flavoursome vegetables sandwiching a rich tomato beef mince ragù and was topped with a thick, creamy béchamel sauce. I’m quite proud of it actually!

Traditional moussakas are made with layers of aubergines and potato, but I’m not a massive fan of aubergines because quite frankly they bore me. They have hardly any flavour and no real texture to speak of. I’m hard pushed to think of a vegetable that could rival the aubergine to claim the title of most boring vegetable in the world. I know they’re supposed to be great at soaking up flavours in dishes, but my view is, why not just use a tastier alternative in the first place?

As a result of these strongly held opinions I have regarding the aubergine, I have used sliced courgettes and sweet potatoes in the moussaka which I believe enhance the flavours of the herbs and spices in the tomato ragù. Feel free to go with the traditional if you like, but I’d urge you to try this version instead. I don’t think you’ll be disappointed. And although this is a dairy-free and gluten-free moussaka, if you don’t have any dietary restrictions you could just make it with normal butter and flour. It’ll taste just as good regardless.

Ingredients for the tomato mince:

For the béchamel sauce:

(or 25g parmesan if you’re not dairy-free)

Thinly slice your courgettes and place them on a microwaveable plate. Cook in the microwave until soft. Do the same with the sweet potatoes.

Place a saucepan on a medium heat, add the olive oil to the pan and cook the mince.

Once the mince is cooked add the salt and pepper, cinnamon, oregano, mint, flour, tomato puree and the tin of chopped tomatoes. Cook until hot.

To make the béchamel sauce, melt the butter in a saucepan before whisking in the flour, Engevita

Slowly add a little rice milk at a time, stirring continuously, so that eventually a thick sauce is created. (Don’t panic if it looks really lumpy, just keep stirring and adding more milk and it’ll come together.)

Once the béchamel sauce is thick, take it off the heat and add parmesan if you’re using it. Leave to one side to cool a little while you build your moussaka.

and spread a third of the mince over the bottom of the dish. 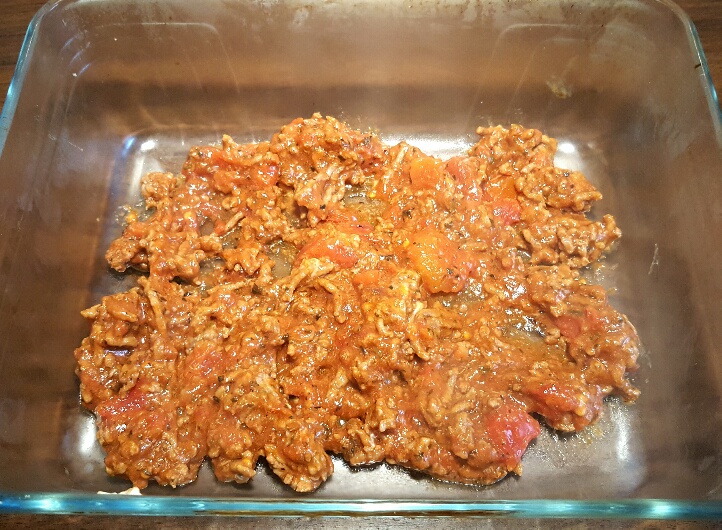 Dairy-Free and Gluten-Free Moussaka Base Layer

Place your courgettes on top of the mince in an even layer and top with another third of the mince. 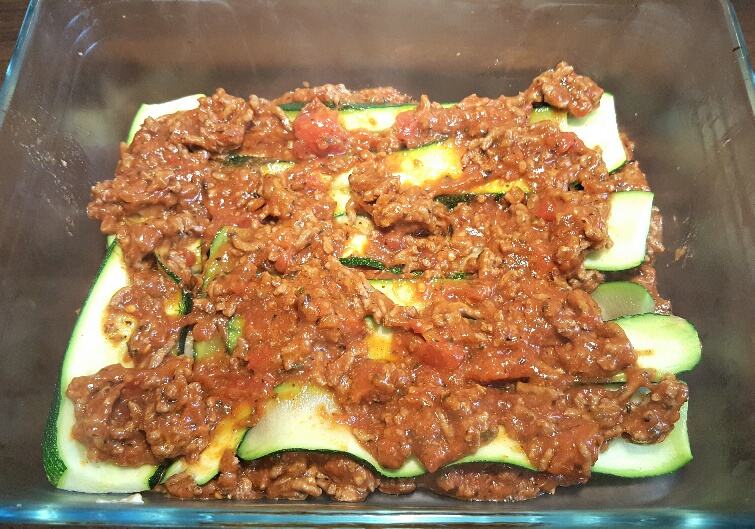 Top the mince with the slices of sweet potato. 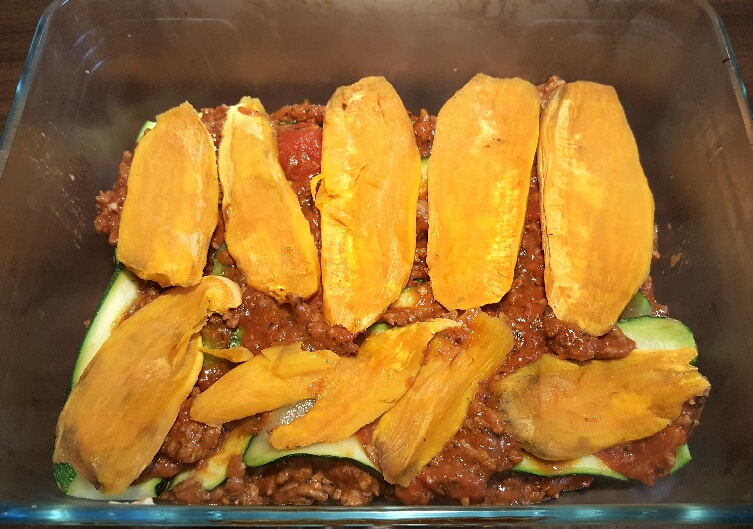 Add the last of the mince on top. 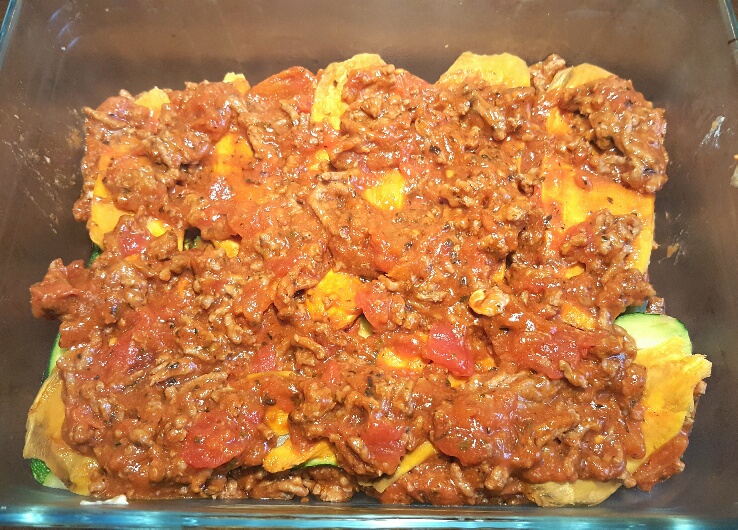 Whisk the egg thoroughly into the white sauce mixture. Pour the béchamel sauce over the mince and bake in the oven for 45 mins. 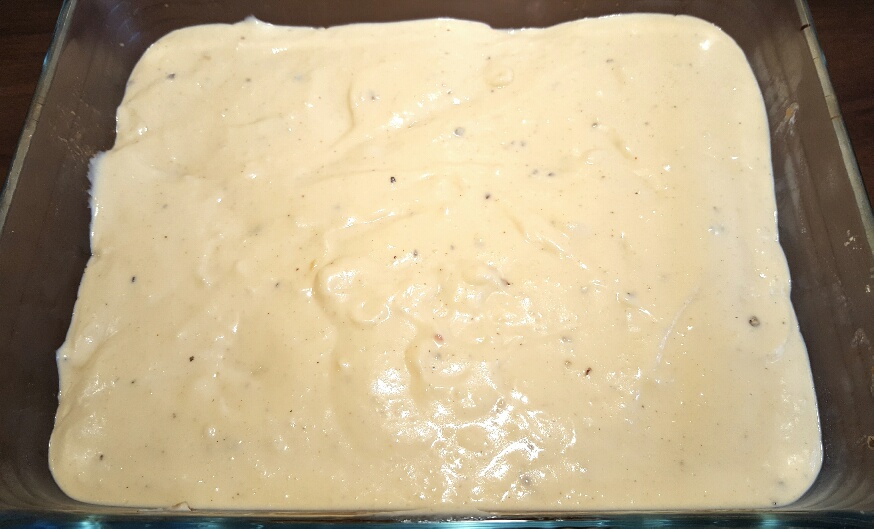 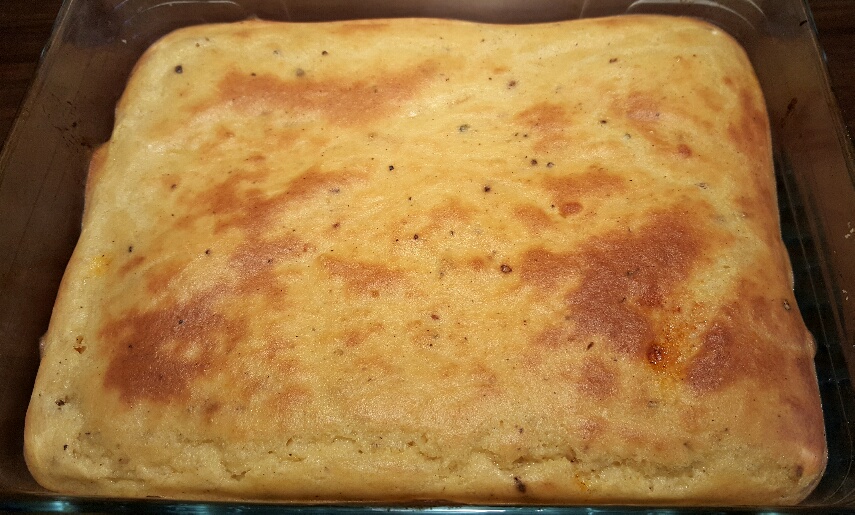 Serve either on its own or with a fresh salad. 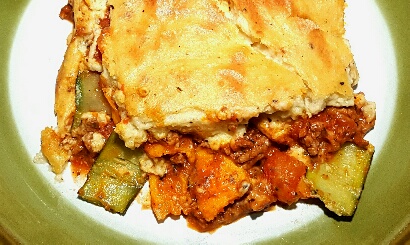 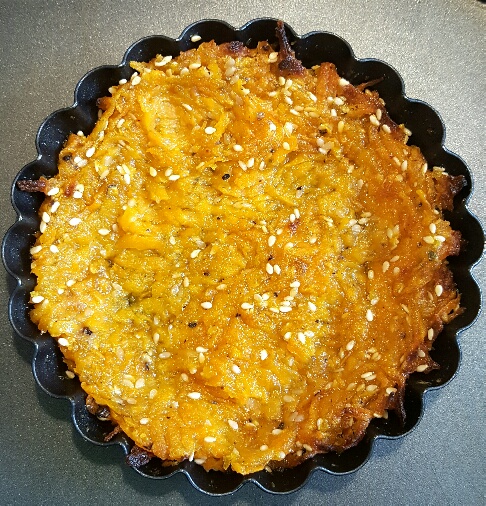 I’ve been on holiday for the past week and one morning after a very long lie-in I really fancied something quite indulgent for breakfast. I’d bought a large bag of sweet potatoes at the supermarket and was looking for ways to use them up so I decided to make sweet potato rostis that I could fill with a baked egg and serve alongside some rashers of smoky bacon. That’s what days off are all about, right?

I always have lots of nuts and seeds in my larder because I find them to be a very useful source of iron and they can be added on an ad hoc basis to so many dishes. So, I thought the addition of sesame seeds to the sweet potatoes would go well, adding a toasted flavour to the natural sweetness of the sweet potatoes.

I cooked my sweet potato rostis in little tartlet tins

, thinking that the tins would help the rostis to bake into a hard flan shape that would hold the baked eggs whilst also crisping up the rostis, but sadly the tins didn’t make the rostis bake into that shape. However, I’m still pleased I cooked them in the tartlet tins

because they helped form a bowl for the eggs to be baked in. One rosti is a low FODMAP portion.

These sweet potato rostis respond well to a very generous seasoning of pepper, resulting in a crunchy, but sweet, satisfying bowl of potato in which to encapsulate your chosen fillings. I’ll definitely be making these again in a heartbeat. 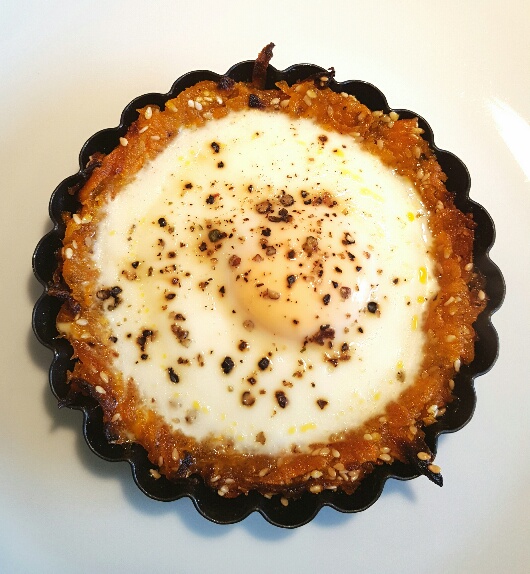 Sweet Potato Rostis with a Baked Egg by The Fat Foodie

Grate your sweet potatoes into a large bowl and then add all of the ingredients and stir well.

Divide the mixture between the tart tins (or a large baking tray, if you’re not using the tart tins) and bake for around 25 minutes until the top of the rostis are crunchy and the base is soft.

Add your eggs and put the rostis back in the oven until the eggs are cooked to your liking. (Equally, if you’re having bacon with them you could chop the bacon up and add it to the eggs before you bake them.) 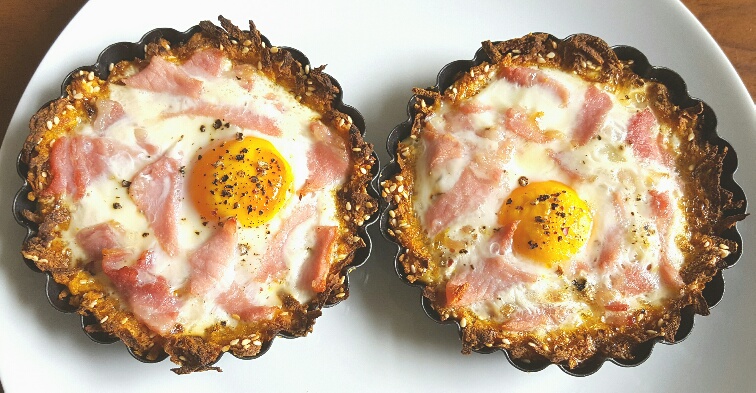 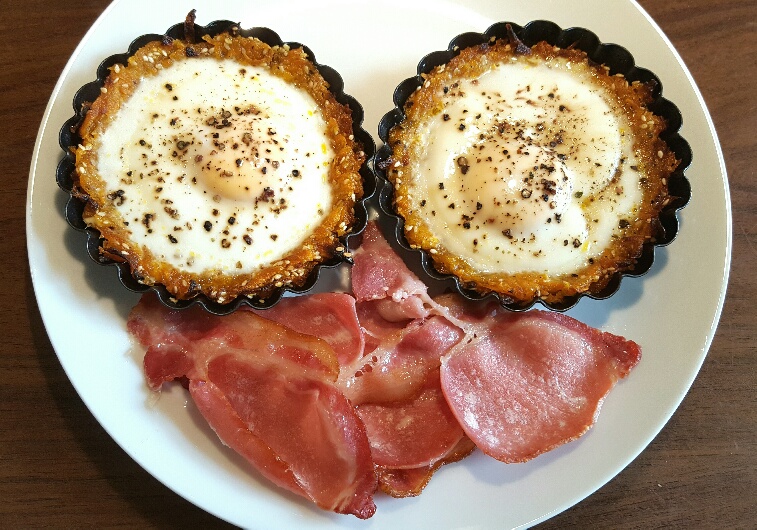