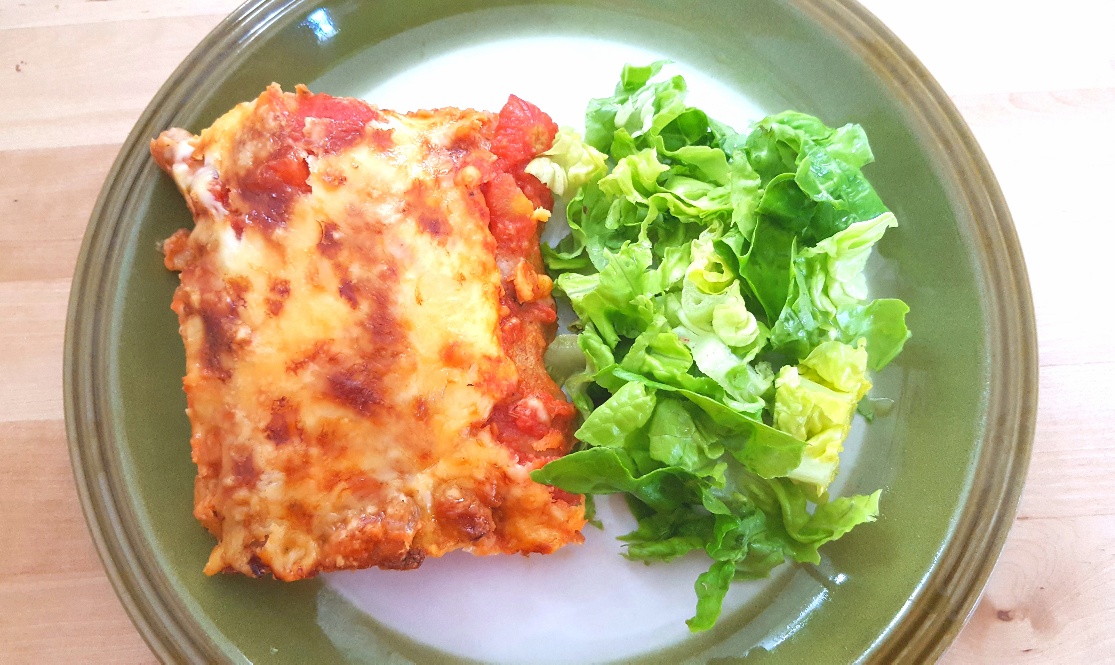 Chicken Enchiladas by The Fat Foodie

I love Mexican food, but I must admit that I do tend to stick to making the same meals all the time simply because they’re so tasty. I don’t think it’s necessarily a bad thing though because it means that you can perfect your own version until the seasoning mix is just right. That’s the case with these chicken enchiladas.

I didn’t realise until I started reading into Mexican food that the word ‘enchilada’ simply means ‘to season with chilli’ and that, traditionally, enchiladas are quite simple  snacks, involving little more than a fried tortilla that’s wrapped around a plain, spiceless filling of meat, beans or vegetables (or a combination of the three).

, traditional enchiladas served on the streets of Mexico tend to see their tortillas fried in oil before being stuffed, but I don’t really think that’s necessary when you’re cooking at home. I don’t really like oily food so I’m quite happy to skip that step towards authenticity. Plus you’ve got a grated cheese topping that’s going to add oil to the enchiladas anyway.

Although a traditional enchilada doesn’t contain any spices other than freshly chopped chilli, I like to flavour mine with cumin, oregano and smoked paprika because it makes the whole dish much tastier. As a result, this chicken enchilada recipe yields a large casserole dish filled to the brim with soft tortillas that are stuffed full of delicately spiced tender chicken strips and slices of sweet bell peppers and is topped with a tangy tomato sauce and encrusted with golden grilled cheese. It’s simply the perfect Mexican meal.

Ingredients for the enchilada filling:

Ingredients for the enchilada topping:

Get a large rectangular casserole dish

out to cook the enchiladas in and keep it to one side.

Place a saucepan over a medium heat and add the oil, sliced chicken breasts and spices. Fry until the chicken is almost cooked.

Add the sliced peppers and continue to cook until the chicken is fully cooked.

Add a tin of chopped tomatoes and cook until hot.

Pour the other tin of chopped tomatoes into a jug and add the sauce spices and stir.

. (Bear in mind you’ve got 8 tortillas to fill so try to distribute the filling evenly between them.) 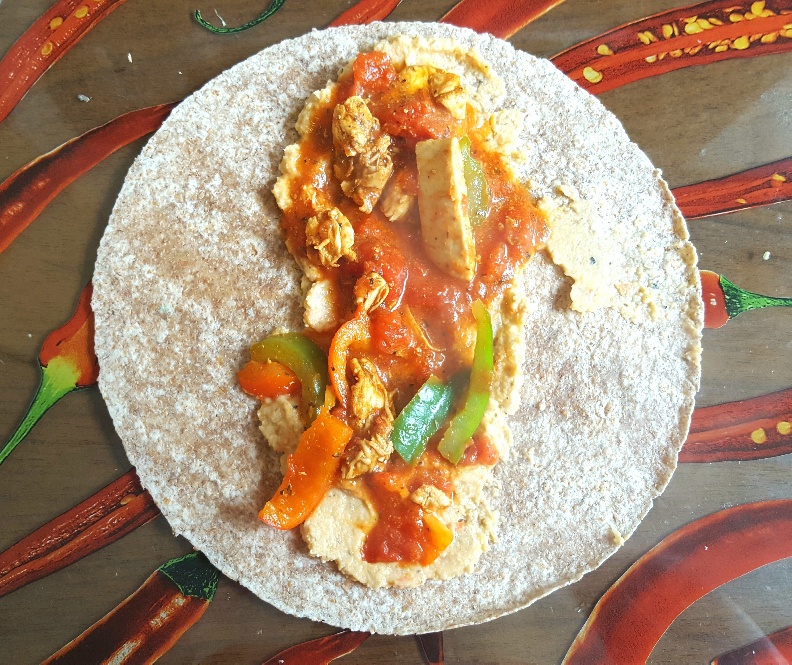 Chicken Enchiladas Being Filled by The Fat Foodie 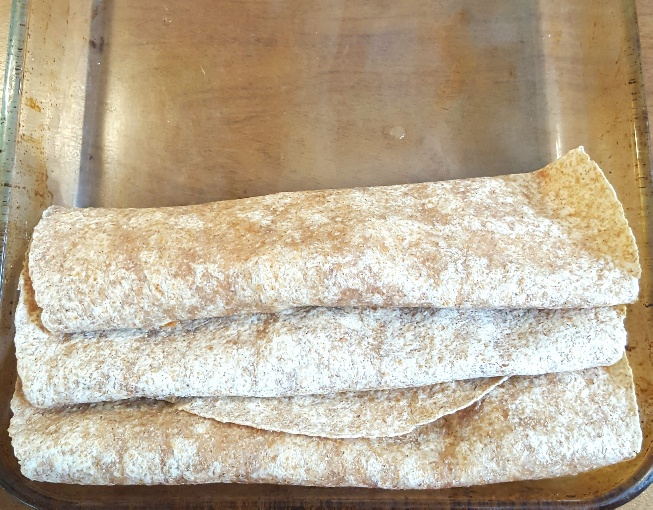 , pour the enchilada sauce over them and top with the grated cheese. 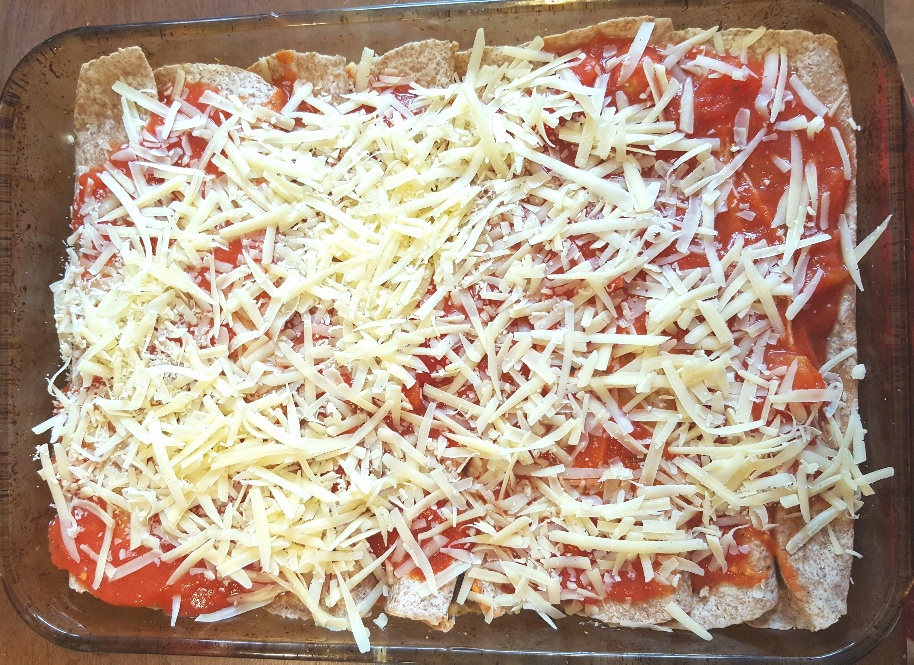 Chicken Enchiladas by The Fat Foodie About to be Baked

Bake in the oven for about 30-40 mins or until the cheese is crisp and golden brown.

Serve with a fresh green salad.

Chicken Enchiladas by The Fat Foodie