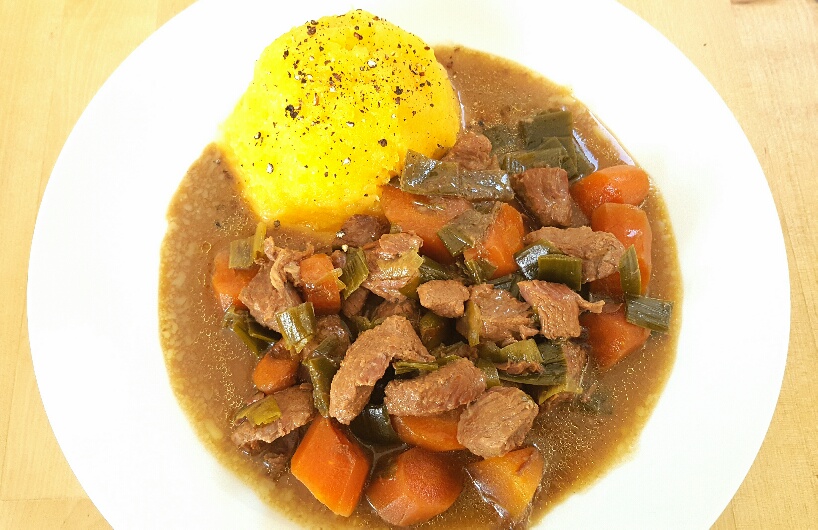 Yesterday morning I realised that I wasn’t really in the mood for cooking anything complicated for dinner so I made a beef casserole in the slow cooker which I served with buttered neeps and it was delicious. Although I would usually make the base of my casseroles with diced onion or shredded white leeks it’s sadly a very high FODMAP food so it’s off the menu. However, I’ve read that the green leafy tops of leeks are actually low FODMAP and therefore are suitable to eat without feeling any unwanted side effects.

Now, I’ve thought about testing this before, but I’m so reluctant to buy leeks (or spring onions whose green tops are also fine) because I’d be unable to use the full vegetable and it would go to waste. Thankfully however, my aunt and uncle who have an allotment generously gave me two huge leeks that had beautiful, massive, flourishing green tops and I certainly wasn’t going to waste time in putting them to good use. The oniony flavour of the leek tops within the beef casserole was also enhanced by the addition of a bouquet garni

, which is a muslin bag or tea bag case that’s filled with dried herbs, such as thyme, bay leaves and rosemary and it infuses the herby flavours throughout the casserole as it slowly cooks throughout the day.

before and today is no different. I just love the fact that you can throw fairly cheap ingredients into the slow cooker

and leave it to cook throughout the day, allowing all of the composite flavours to meld together to create a rich, unctuous casserole that greets you after a long day at work.

This beef casserole with buttered neeps is an incredibly easy, but luxurious and flavoursome, meal. Its slow cooked beef melts in the mouth and is accompanied by the soft, sweet carrots that have been lightly seasoned with the herby flavours of the bouquet garni

80g gluten-free gravy granules (At the time of writing, Tesco’s G/F gravy is good because it does not contain onion powder.)

A litre of boiling water

on low and make your gravy by mixing the gravy granules

into the litre of boiling water and stirring until it forms a thick gravy.

and gravy into the slow cooker

to cook all day.

To make the buttered neeps cut your neep or turnip into small chunks and boil in heavily salted water until soft.

Drain and mash before adding the butter and white pepper and mashing further. Taste for seasoning and then serve alongside the beef casserole. 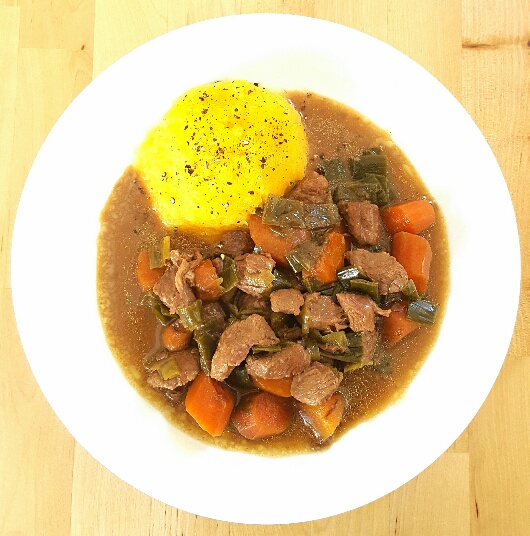