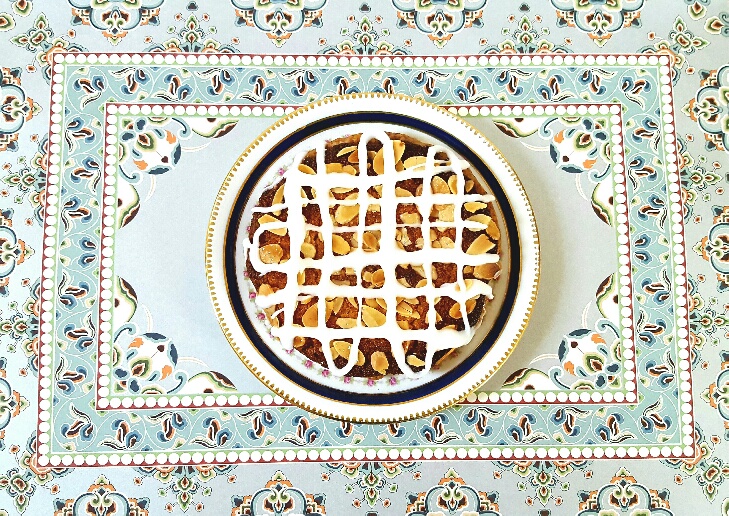 Judging from last week’s sneak peek of what to expect from The Great British Bake Off, I think that this week the contestants’ technical challenge sees them making a bakewell tart. I’ve never made a bakewell tart before because I always find them a bit too almondy for my taste. I hate the strong overpowering taste of fake chemical-based almond flavouring that pervades in shop-bought bakewells, so I was a bit reluctant to make one this week.

However, after giving it some thought I decided that my favourite parts of a bakewell tart are the sweet, crisp shortcrust pastry shell and the layer of raspberry jam that lines its base. I decided therefore, to omit the use of almond flavouring, but still use the ground almonds in the filling mix to retain the moisture level and texture, and make a raspberry bakewell tart instead.

My experiment worked well, rewarding me with a generously filled biscuity tart shell which was filled with a light ground almond based sponge which was delicately flavoured with raspberry. To me, this natural-tasting raspberry bakewell tart was far more satisfying than a fake-tasting bakewell. I also added the zest and juice of half a lemon to lift the flavour of the raspberry and make it taste even fruitier. This resulted in a substantial, but fresh, tart which more than satisfied my sweet tooth.

1/2 a tsp of raspberry flavouring

Line the base of a 20cm/8in flan tin with greaseproof paper.

To make the pastry:

Put the flour and sugar into a bowl and rub the cold butter into the flour with your fingertips until it has the texture of breadcrumbs. Slowly add the water until it forms a dough.

Lightly flour your work surface and then roll the dough out. Line the tin with the pastry and then put it into the fridge for 30 minutes to chill.

Line the inside of the pastry case with foil and fill it with baking beans.

Tart Cases by The Fat Foodie

Bake for around 15 minutes and then take the beans and the foil out and put back into the oven for another 5 minutes to finish cooking the base.

Once crisp, remove from the oven.

To make the filling:

Spread the raspberry jam over the base of the tart.

Melt the butter in a large microwavable bowl and then add the sugar, ground almonds, egg, lemon zest and juice, and raspberry flavouring and mix well. Pour the filling into the tart and sprinkle with flaked almonds.

Bake for around 35 minutes. If the top of the tart starts browning before the interior is cooked, cover it loosely with foil.

Once the cake is cooked remove from the oven and leave to cool completely.

In a bowl, mix the icing sugar with a small amount of water until it is a thick liquid consistency.

Once the tart is cold, drizzle the icing over the top. 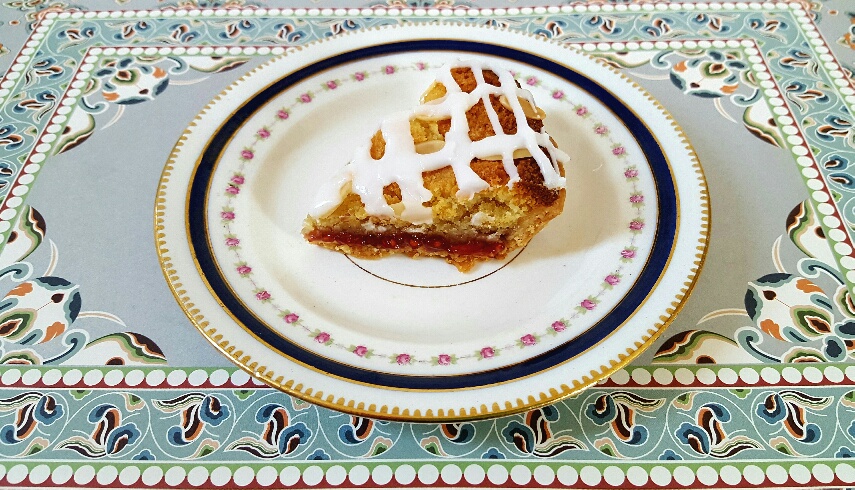